Until the 1990s the Stock Exchange was also called an “open outcry exchange”. The law actually established that buy and sell bids had to be cried out loudly by authorised intermediaries, so as to advertise the transaction. On the floor, the trading areas were known as "rings" or, as the French say, "corbeille".
It is around the “corbeille”, separated according to the type of material traded (shares, bonds, options, foreign currency) and the trading times (open outcry, ordinary trading phase), that the stockbrokers and dealers gathered to conclude their respective buy and sell orders. Nevertheless, the noise and confusion that reigned on the floor made verbal communication extremely difficult and uncertain, which is why the cries were accompanied by typical gestures indicating the intention to sell or buy, the name and quantity of shares.
Gestures were also used to communicate between the various areas of the floor, especially between the corbeilles and the clerks’ tables, where telephone orders to buy or sell were received from customers. The clerk transferred these to a co-worker in the corbeilles for negotiation and at the same time received information on the prices, which he then passed on to the customer in real time.
In communications between the corbeille jobbers, mutual understanding was fundamental. Vice versa, co-workers attempted to encrypt the exchange of information across the entire floor with agreed signals known only to members of a given firm.

The gestures used in the Stock Exchange were divisible into groups according to their meaning:
- numeric, used to define a quantity of shares or their prices
- alphabetic, i.e. the sign language alphabet to express the name of the company
- transpositional to clearly express the company business or product quality
- business indicators or market status, defining the intention to buy or sell, or share fluctuations and trading performance. 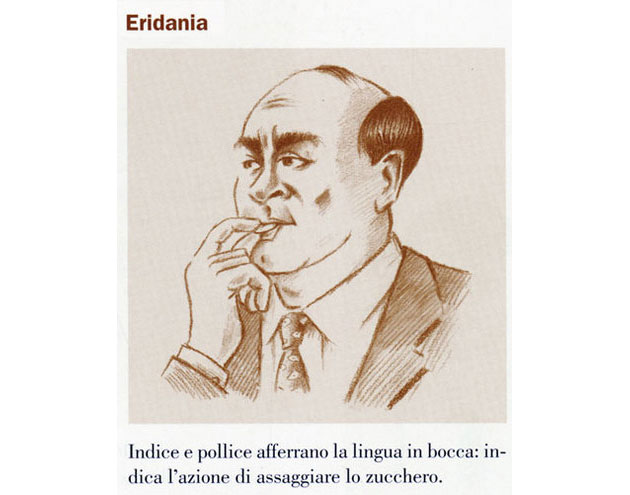 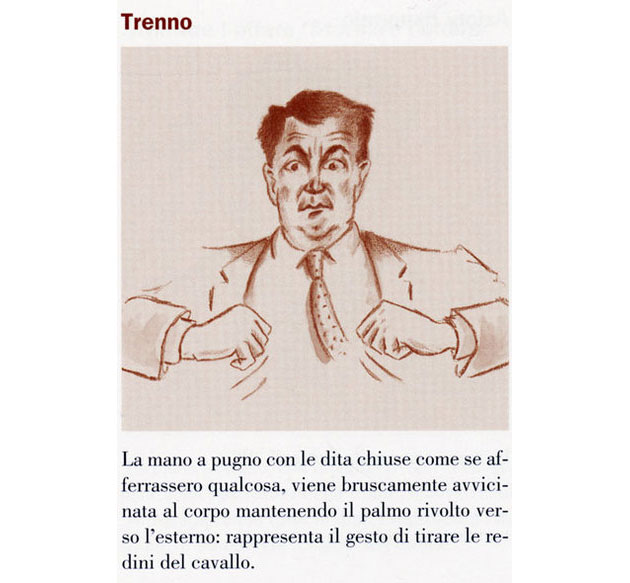 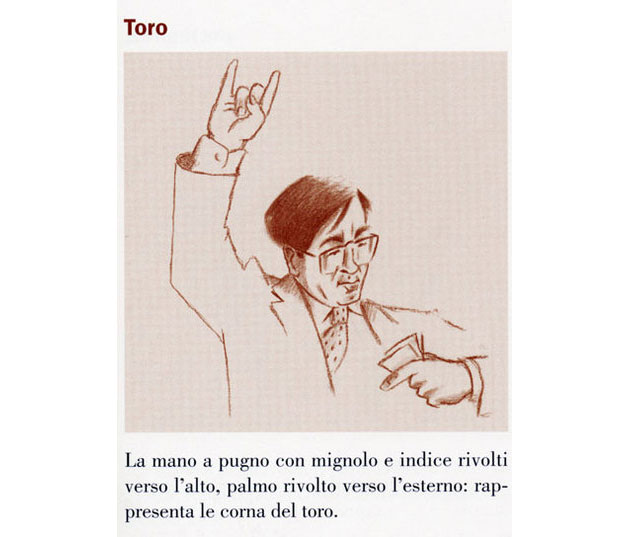 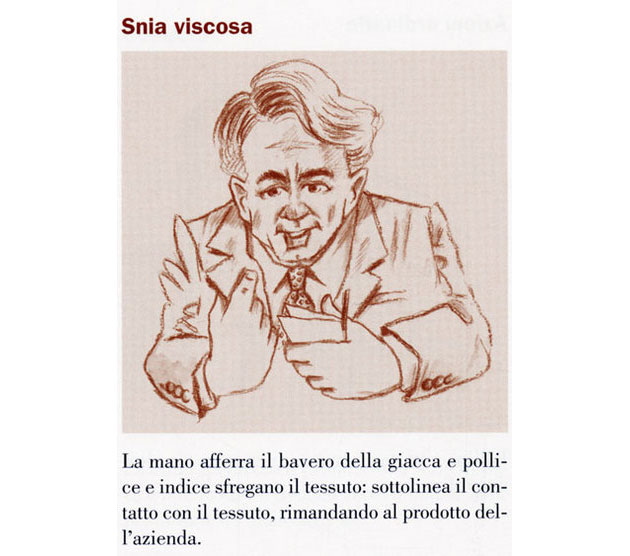 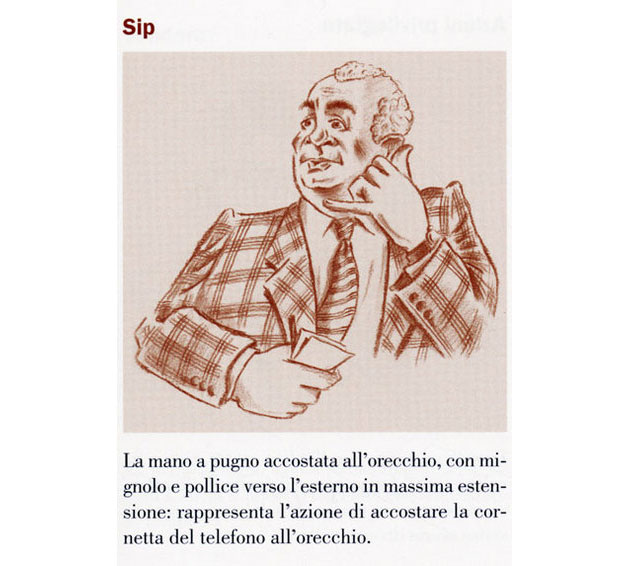 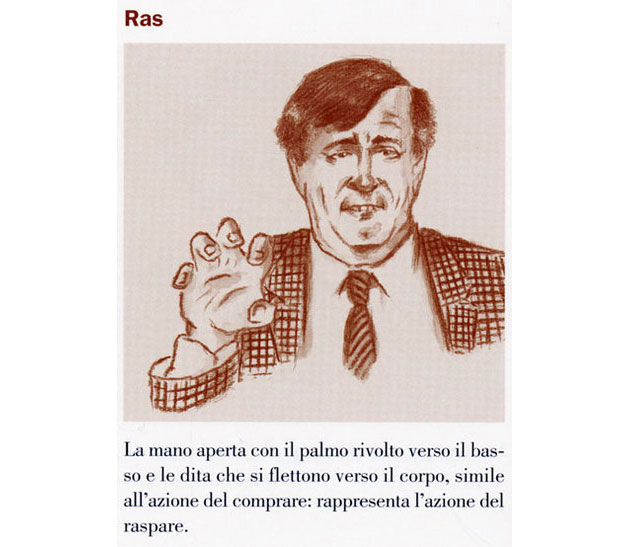 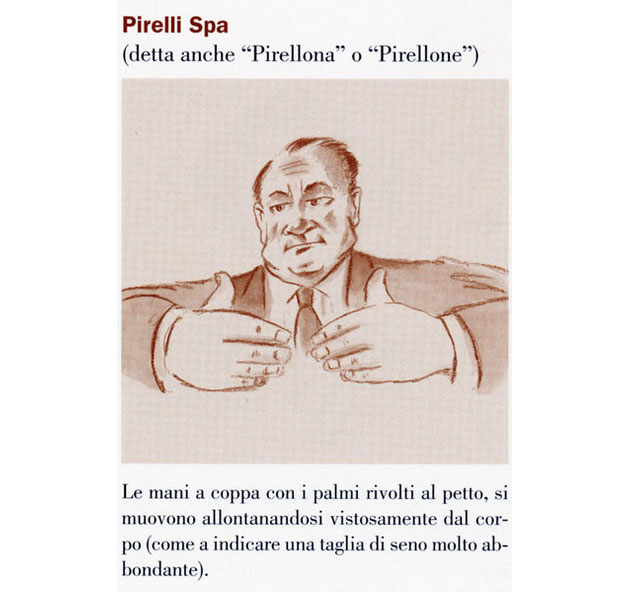 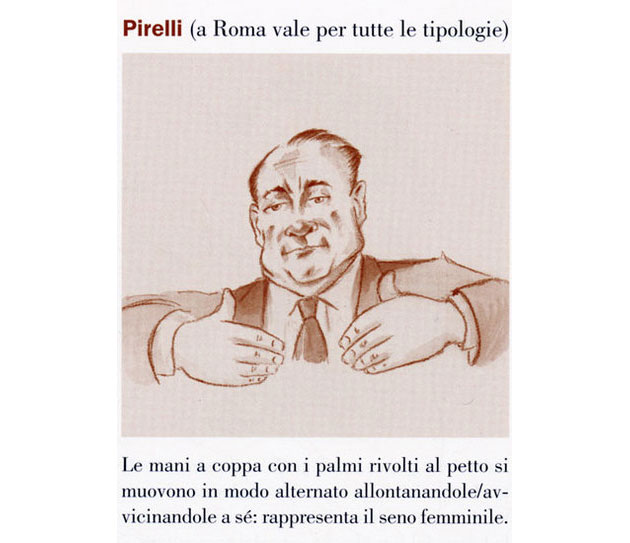 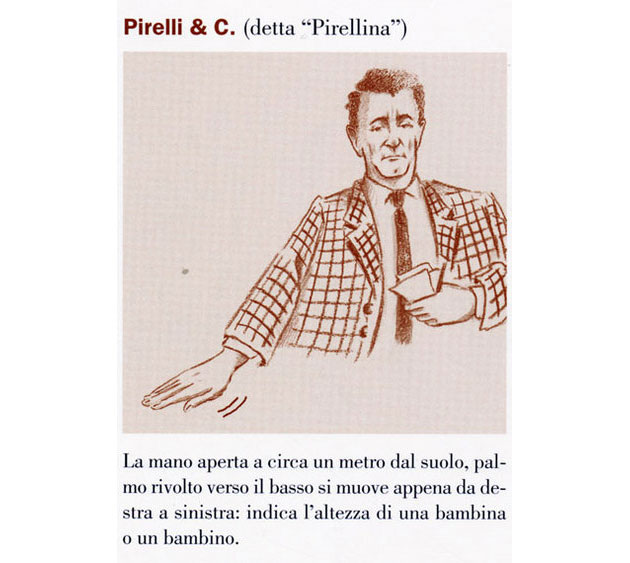 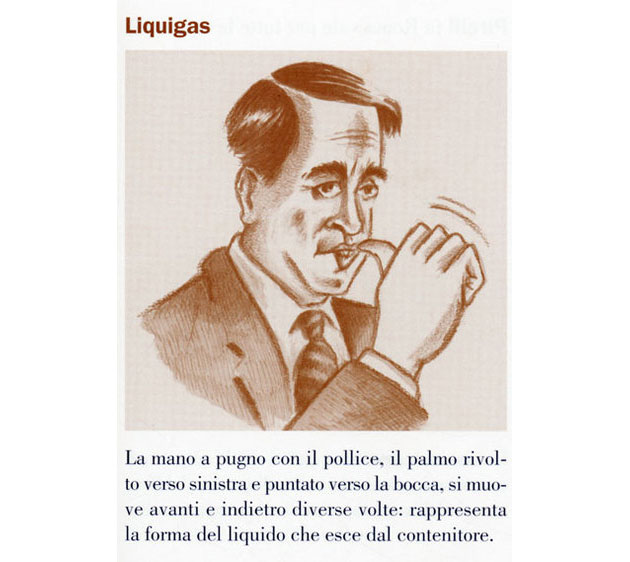 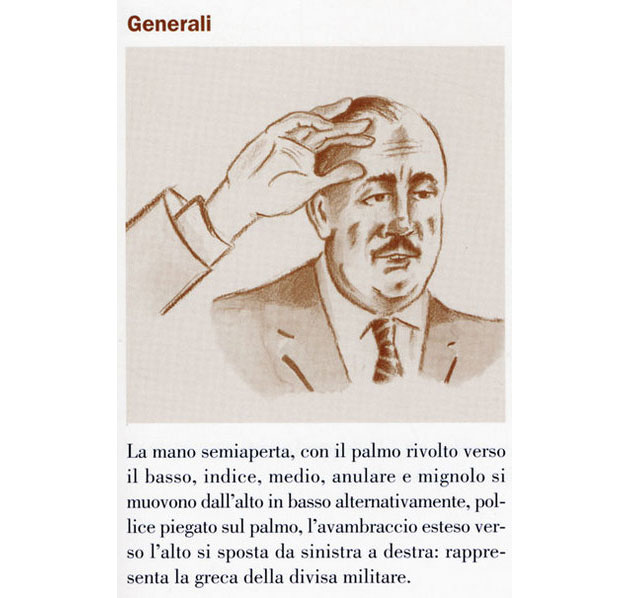 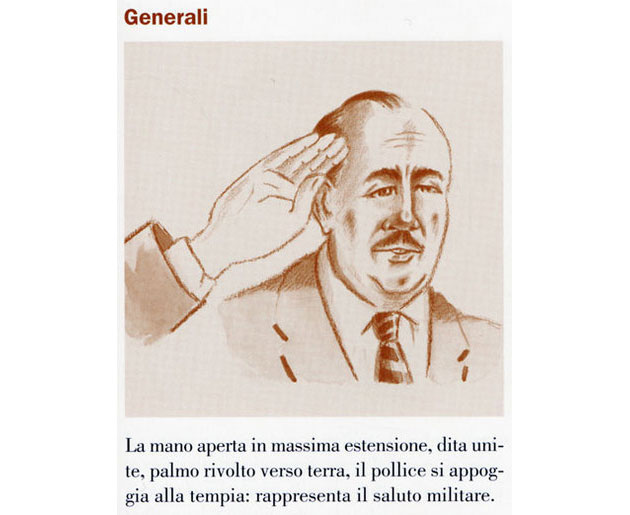 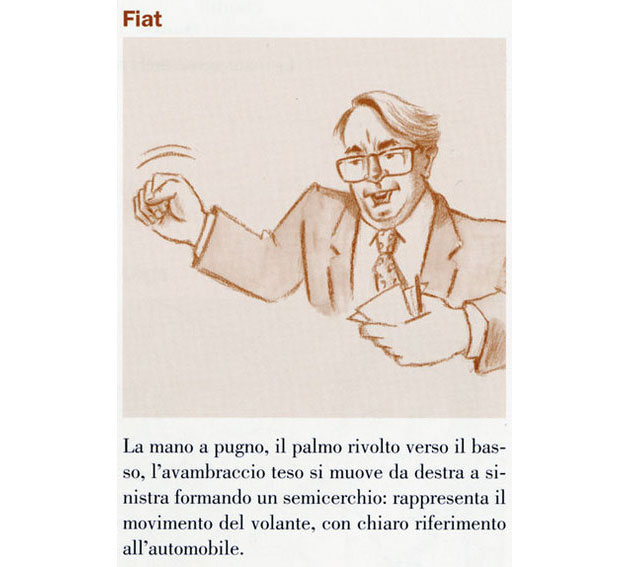 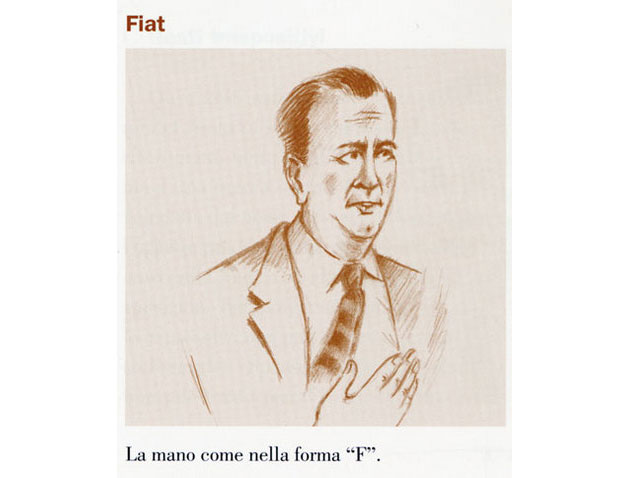 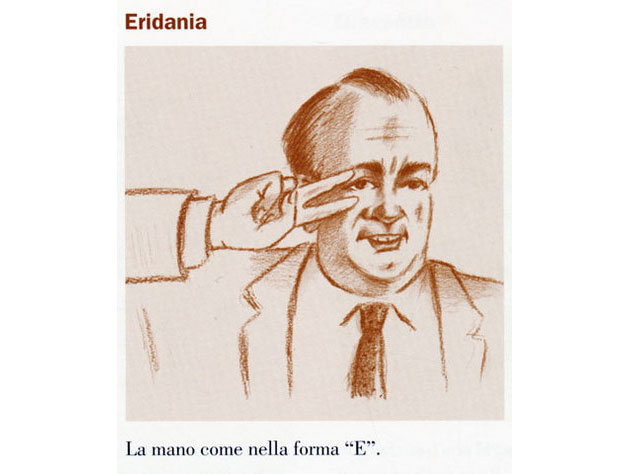 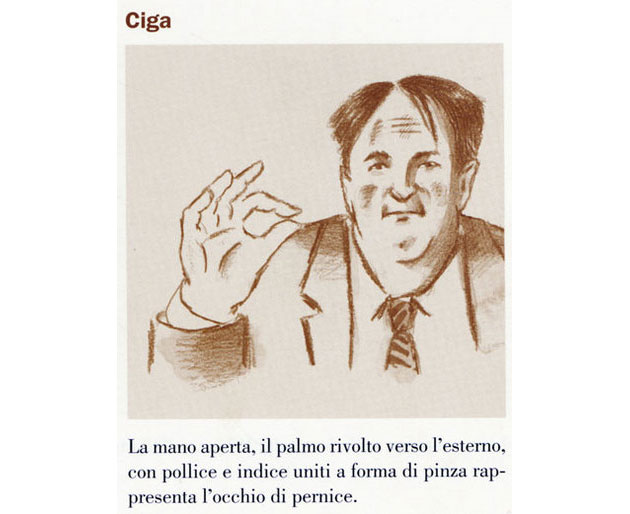 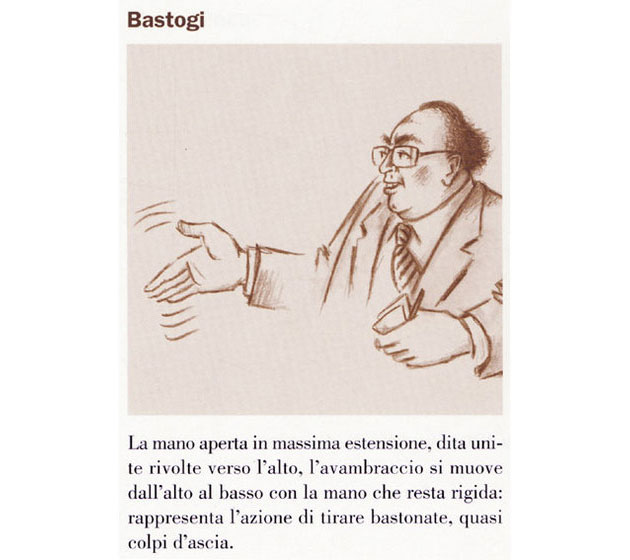