Palazzo Mezzanotte was built in 1932 to centralise all the market trading places which were spread allover Milan. The new Stock Exchange building fits in a complex urban project planned by the Architect Paolo Mezzanotte. It became an architectural symbol of Fascism. The original structure still maintains its impressive façade of 36 meters. The travertine blocks are combined with allegoric figures symbolising wealth and abundance designed by Leone Lodi e Gemignano Cibau. The sides of the building are adorned with a series of bricks and travertine blocks and an inscription plaque of marble stands out. It represents the Roman Ruins which were discovered during the excavation phase. The final result was a triumph of rationalism which also encompasses classical elements.

The building site includes the 19th century palace, Palazzo Turati and the surrounding area between Via Meravigli and Piazza San Vittore a Teatro.

Palazzo Turati and the Buffoni Gallery were designated to the Silk and the Silk Cocoons Stock Exchange and the Grain Market. This was also used as the main entrance for the traders.

On the other hand, the enclosed commercial zone was demolished in order to build the Italian Stock Exchange palace. The main trading floor, Sala delle Grida (the open-outcry trading floor) was conceived as a large covered square, equipped with pioneering technology. (Pic. Palazzo Mezzanotte and Galleria Buffoni Framework, Milan).

The new building was notable for many of its amenities. The 78 stocks listed in Milan Stock Exchange appeared on a huge, luminous electric board; the biggest built in Italy at that time. It was an extremely complicated system of magnets, optical projection devices and relays that were easily managed by a single operator. The side walls consisted of signaling columns to summon the brokers. 300 phone booths and 800 telephones were installed, each one with different call options. Another innovation adopted was the elevator: the first one in Italy to process simultaneous and automatic calls. The upper floors were dedicated to the Committee Board office and all the institutional offices involved in the Stock Exchange Market transactions. Palazzo Mezzanotte also boasted a particular heating and air conditioning system which used water and steam filtered in the basement.

The first survey of the buildings started in the 1927 but actual construction began in august 1929. Originally, the aim of the project was to provide a coherent and harmonic connection between the main institutions in Milan such as: Poste Italiane, Banca d’Italia and Casa del Fascio. In spite of the original project the evacuation act of the building near San Vittore al Teatro failed and part of the ambitious urban scheme was left unfinished. 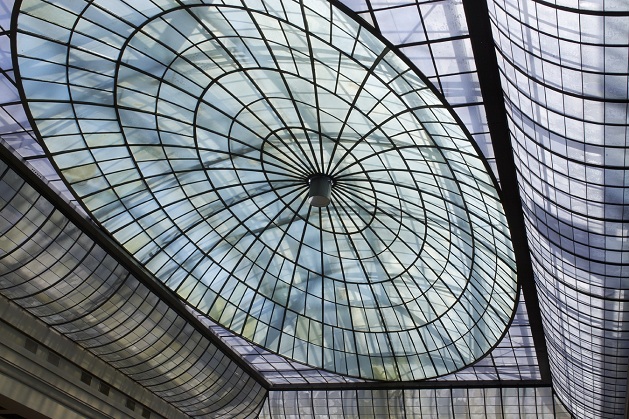 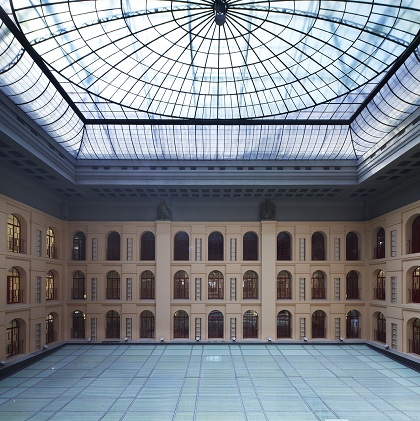 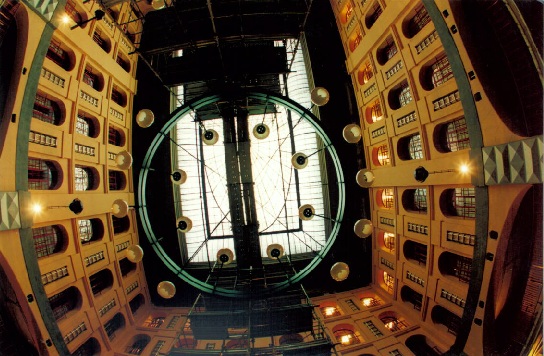 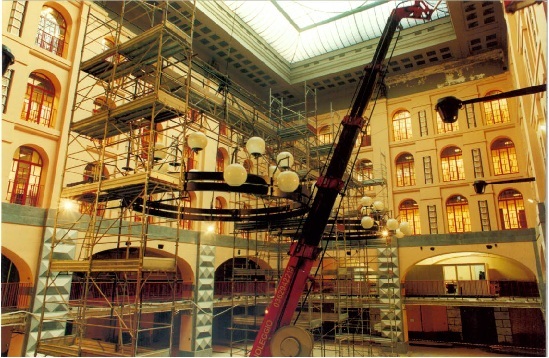 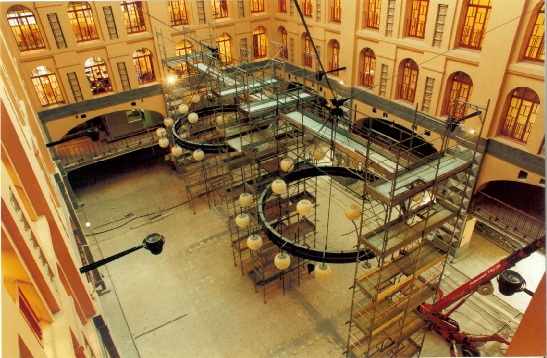 The consequences of the war were brutal and bombs heavily ruined the buildings of the economic headquarters. Palazzo Turati was entirely destroyed and the Stock Exchange was significantly damaged thus considerably reducing its activities. The reconstruction work, supervised by Castiglione Brothers, greatly modified the structure of Palazzo Mezzanotte. These changes allowed the Chambre of Commerce to move into the building in front of Via Meravigli. Much has changed since1932, yet Palazzo Mezzanotte has always kept pace with member and investor need for trading space and the latest developments in technology. A new fully electronic platform was launched in the 1980s, offering an efficient and reliable financial transaction tool. With the progressive decline of open outcry trading, one of the most familiar features of Palazzo Mezzanotte, Sala delle Grida (outcry trading floor) was dismissed. In spite of all radical changes undertaken, all the historical and cultural features were preserved. In the meanwhile, trading was relocated into a temporary structure in Piazza degli Affari.

The years of renovation coincided with institutional and operational reform of the security market. When all works were completed, the Palazzo Mezzanotte became the headquarters of the Stock Exchange Board, the new self-governing body of the market, which in 1998, was handed over to the new private management company of Borsa Italiana S.p.A. In 2002, after 50 years of outcry trading, Sala delle Grida and the other trade places were redesigned and transformed into a Multimedia Congress Center. The last refurbishment was directed by Alfonso Mercurio and his architect studio A.M. Architetti S.r.l.