The Sala Convegni conference hall is in the basement area (Underground) of Palazzo Mezzanotte. It is particularly suited to Annual General Meetings of companies, meetings between companies and the financial community, training sessions and any function requiring a high level of service and operational  flexibility: it can seat 130 people as a single room and can also be divided into two separate rooms  - Blue Rooms – with seating for 70 and 60 people.

Thanks to a moveable partition wall, the Sala Convegni can be transformed into two separate specular rooms, the Blue Rooms, seating 60 and 70 people respectively, each with a speakers’ table on a raised platform. 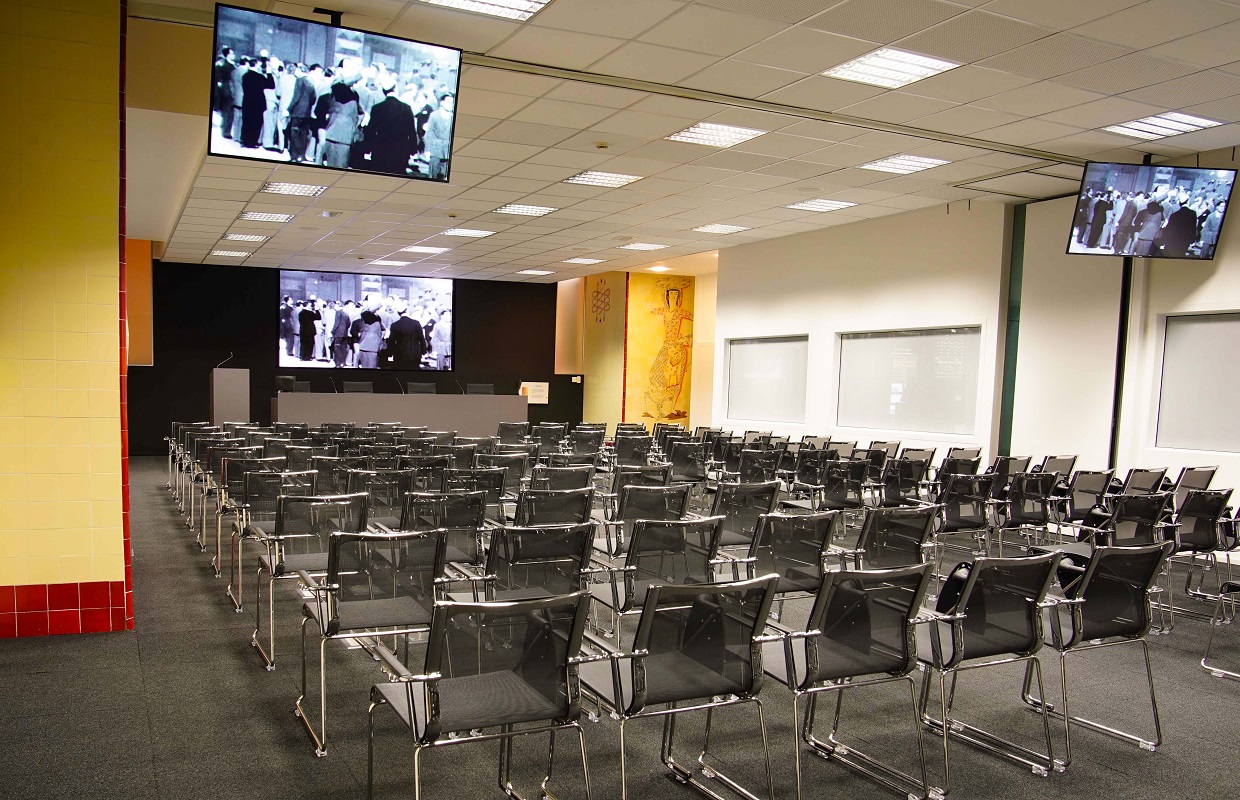