The ruins of an Imperial Roman Theatre were discovered during the excavation of the foundation of the Palazzo Mezzanotte. The famous theatre is mentioned by Decimus Magnus Ausonius in the “Eulogy to Milan”, a 4th Century A.D. poem. Over the centuries, the theatre played different roles. For example, in the Middle Age when the XII Century public assembly took place at the Theatre it became an institutional place.

The original project of Palazzo Mezzanotte was entirely revolutionised, paving the way for radical changes in the Underground floor. Firstly, they created some passages and an entrance in Via delle Orsole reserved to the public excursions to the theatre site. The Architect Paolo Mezzanotte had to modify his original plan. He added a marble plaque on the building side which represents the Roman Theatre scheme. All the measures were approved by the Economic Council, which commissioned the Stock Exchange building to Paolo Mezzanotte, and the only exception was a panoramic view on the Roman Ruins.

The Roman Ruins became a picturesque outline to the restaurant “Taverna del Ferraio” which was built below the Outcry Trading floor. Its shape was theatre style with huge steps and upper balcony which surrounded it. In the early years it was a public restaurant but with time the place became an exclusive jazz club, securing the musical scene. In just two decades, the most famous Italian jazz icons and musicians attended the “Taverna del Ferraio”. 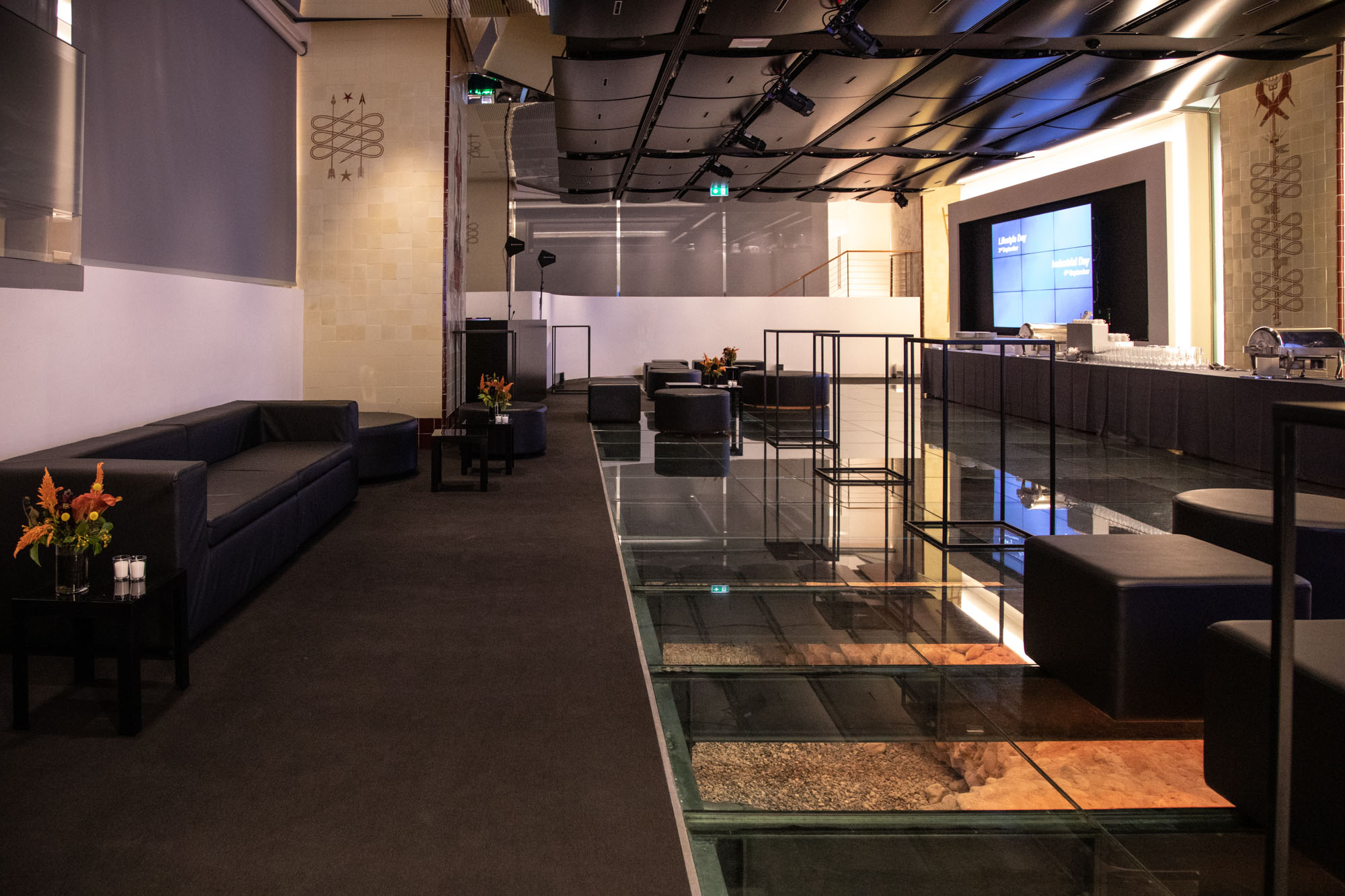 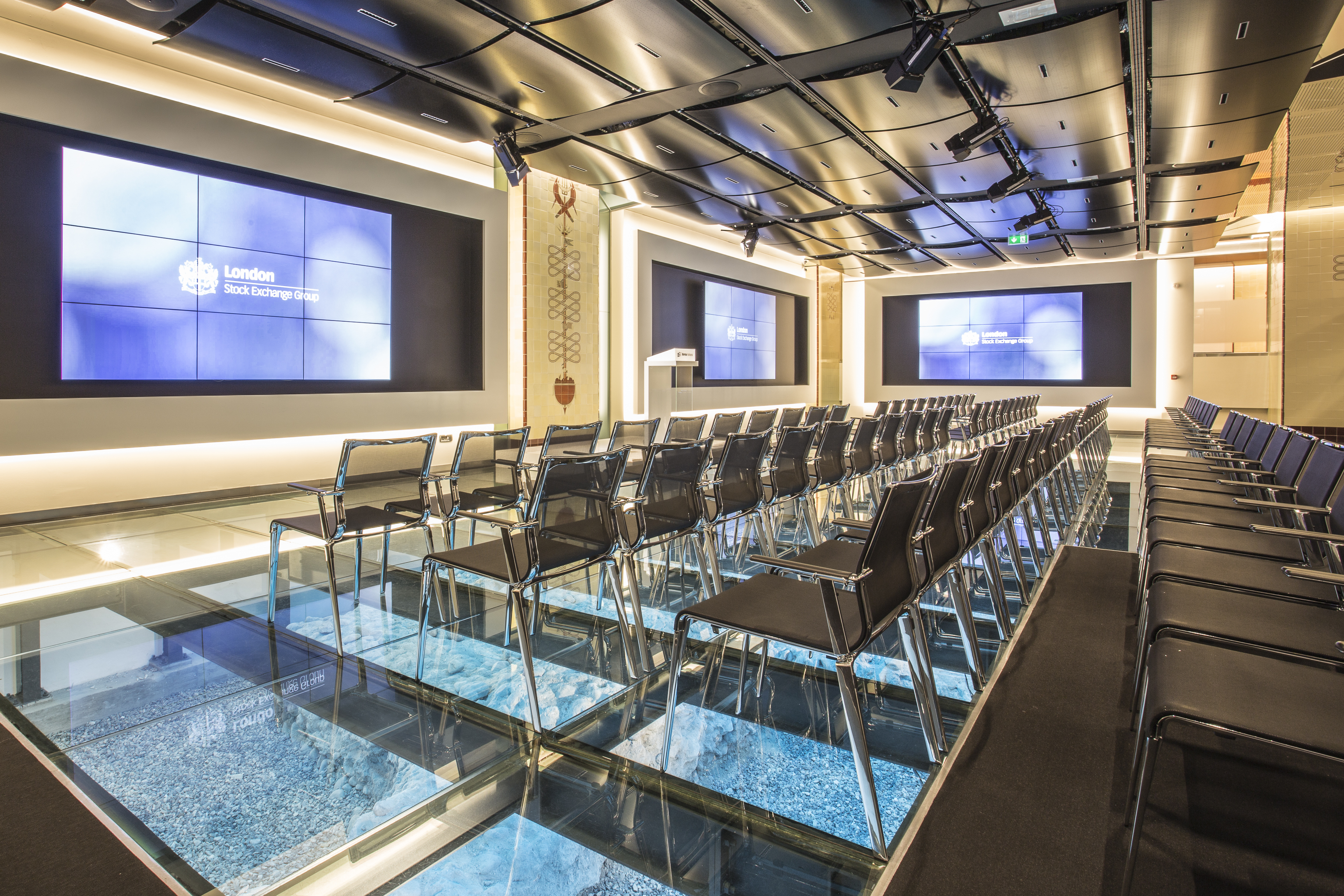 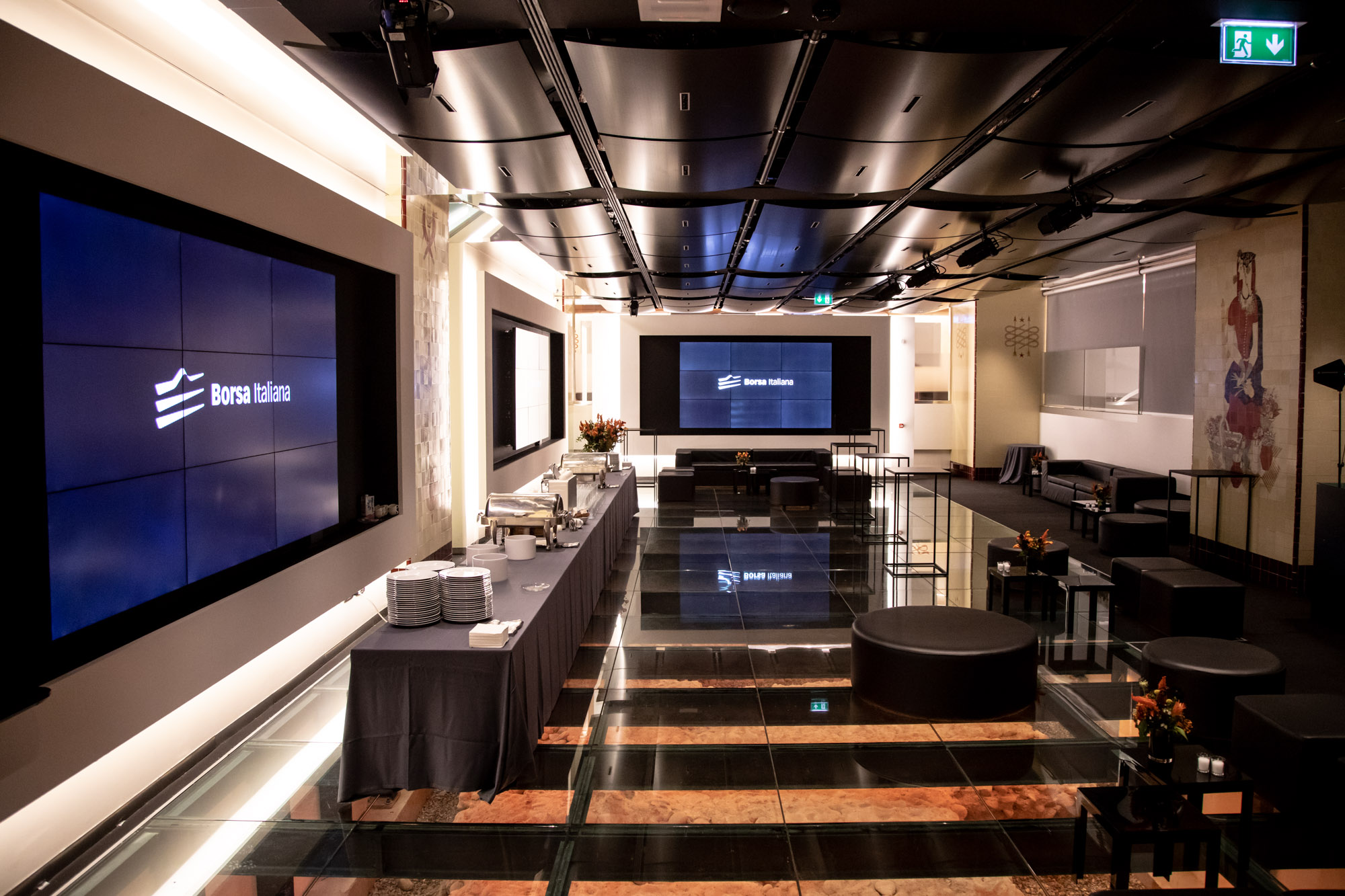 The Taverna del Ferraio was enriched by Giò Ponti wall decorations. He was the artistic designer of Richard Ginori in the Twenties and Thirties. He chose ceramic covering which was already used in many institutional places such as the Corporate Ministry in Rome. The ornamental pattern was based on the allegoric meaning of wealth and abundance: there were female picture referring to The Grain and the Cereal Market, trees adorned with fishes and birds. Also, amusing theme combine with fortresses, arrows, swords theme brighten the Underground an otherwise space without sunlight.

Spectacular glass flooring allows the visitors to admire the Ancient Romen Theatre Ruins. They are dated back to the 2nd Century AD and we can find some references in Ausonio's poem of the 4th Century AD. In the Middle Age, since the 12th Century, the theatre also played a role in hosting public assembly.

Nowadays it's the perfect scenery for exhibitions, cocktail parties and banquets.